Consumers in APAC to benefit most from Industry 4.0

Consumers in APAC to benefit most from Industry 4.0

At the center of the developing Asia is Industry 4.0, also known as the digitalization of industries. Shifting businesses and enterprises into an intelligent and connected virtual space is no longer an option but a necessity to survive, primarily due to the added pressure brought about by the pandemic.

A fresh study by Deloitte proved this trend with a great majority (96%) of companies from Asia Pacific (APAC) revealing that they have conducted an audit to find opportunities for Industry 4.0, significantly higher compared with the global average of 51%.

“Asia Pacific’s level of digitalization is still in its early stages until the pandemic forced everyone to reconsider their operational practices. Contrary to popular belief that Industry 4.0 is a high-level topic confined in the four corners of a boardroom, this revolution has the consumer at its core. This, alongside breakthroughs like Big Data, Internet of Things (IoT), 5G, are here to create a customized future,” comments Stephan Neumeier, Managing Director for Asia Pacific at Kaspersky.

Customized future means products and services are made based on a customer’s preference. It is also known as “personalization”, a trend introduced by the mobile ultra-broadband of 4G, which brought to human’s fingertips the power to call a cab when they need one, to stream the song or content they want to, and more.

With more advanced technologies rising, majority of consumers (83%) values personalized experience that they are willing to give their data to make it possible. In fact, consumers are unknowingly giving more data than they have bargained for.

For instance, what seems like a simple song choice when made multiple times and then analyzed can allow music streaming companies to predict user’s mood at a certain time and location. Same goes with dating apps which can tell if one is in a sad and vulnerable state, and at which time of the day, based on the number of customer’s swipes from left to right.

In terms of location tracking, users have been sharing their locations real-time, even before the pandemic happened. The way consumers use virtual maps to find their way or to be aware of the live traffic situation also empowers these apps to amass a huge amount of data, allowing them to predict their behavioral and physical patterns. Such data are risky when held by the wrong hands.

With this amount of information, customized future is very possible as a lot of companies now know their consumers better than they know themselves.

Several start-ups across the world, aware of the demand, have since kicked off their mass customization practices. Consumers can now have their own names on the sole of their shoes, get bespoke necklace, as well as better-fitting body implants, personalized doses of medicines, and more.

While these are proofs of the power of technology when harnessed correctly, the flexible and highly-connected manufacturing process also opens a wider attack surface for cybercriminals. The latest report from Kaspersky for industrial automation systems showed that Asia and Africa are the least secure globally during the first six months of 2020.

Asian regions occupy four out of the top five positions in the regional rankings based on the percentage of Industrial Control Systems (ICS) computers which were almost infected in the first half of the year. Southeast Asia recorded the highest percentages, leading in several ratings:

·         percentage of ICS computers where malicious email attachments were blocked – 5.8% 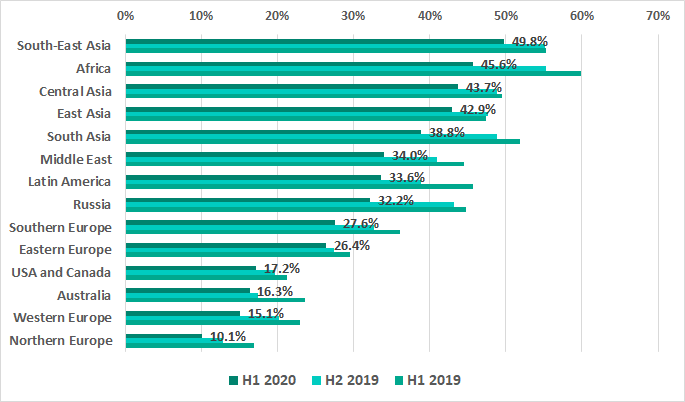 In terms of ransomware, regions in Asia still led with a noticeable margin in the regional rating. Over half of the countries in the top 15 ranking are from APAC. 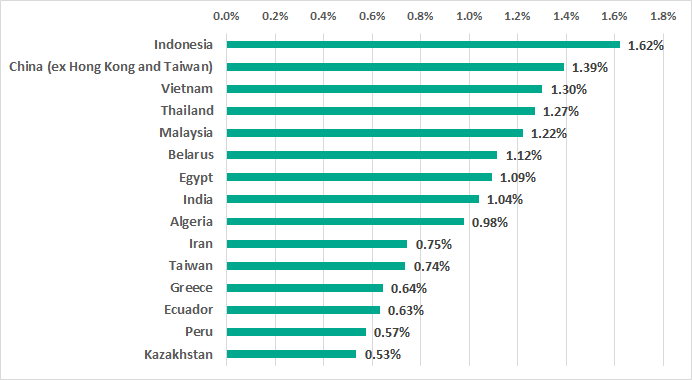 “It is not surprising that ICS computers in Asia Pacific were exposed to the highest number of cyber threats as the region is well on its way in building a customer-centric future. Smart systems and automated productions require in-depth, intelligent defenses to foil malicious disruptions, with possible aftermaths that can cross from the virtual to the physical realm. To avoid grave circumstances, a secure-by-design approach is necessary. Cyber immunity against attacks should be ingrained at the very fabric of the present and the future industrial systems,” adds Neumeier.

An example of a secure and beneficial application of Industry 4.0 was done by Kaspersky and Siemens for Singapore Aquaculture Technologies’ (SAT) first smart floating fish farm. A first in Singapore and is expected to produce 350 tonnes (350,000kg) of fish annually, the S$4 million aquaculture facility is set to cater to the needs of Singaporeans for quality fish while also addressing the challenges posed by climate change that have resulted in declining fish populations.

“Consumers now are concerned about the origin of their food, the type of environment it is from, and the harvesting processes done before it arrived at their dinner table. With climate change and environmental challenges, food production should now be both ethical and sustainable. This is possible when we use available technologies right,” says Raimund Klein, Executive Vice President for Southeast Asia at Siemens Digital Industries.

“By using innovative advanced predictive analytics such as machine learning and video analytics, we help SAT to predict potential biomass growth and prevent the outbreak of diseases, hence reducing fish mortality. We are also paving the way for scalable, highly flexible and above all environmentally efficient aquaculture across the entire value chain,” he adds.

To protect your ICS environment from malicious attacks, Kaspersky recommends the following:

Shopee Allows Filipinos to Shop for Essentials Safely and Conveniently at the 4.4 Mega Shopping Sale

Make the Switch with Watson’s Vitamins and Supplements

The OnePlus 8Pro is back by popular demand at only P35,990