Get Fast, UNLI Internet With Free Devices With Globe At Home

Kaspersky researchers have uncovered a series of attacks which use an advanced malware framework, called MATA, to target Windows, Linux and macOS operating systems. In use since spring 2018, the framework is linked to Lazarus – a well-known and prolific North Korean APT group.

Malicious toolsets used to target multiple platforms are a rare breed, as they require significant investment from the developer. They are often deployed for long-term use, which results in increased profit for the actor through numerous attacks spread over time.

In the cases discovered by Kaspersky, the MATA framework was able to target three platforms – Windows, Linux and macOS – indicating that the attackers planned to use it for multiple purposes. The framework consists of several components, such as a loader, an orchestrator (which manages and coordinates the processes once a device is infected) and plugins.

According to Kaspersky researchers, the first artefacts found relating to MATA were used in or around April 2018. Since then, the actor behind this advanced malware framework has taken an aggressive approach to infiltrate corporate entities around the world. It was utilized for a number of attacks aimed at stealing customer databases and distributing ransomware – software designed to block access to a computer system until a sum of money is paid.

According to Kaspersky telemetry, victims infected by the MATA framework were located in Poland, Germany, Turkey, Korea, Japan and India, indicating that the threat actor was not focusing on a specific territory. Moreover, Lazarus compromised systems in various industries, including a software development company, an e-commerce company and an internet service provider.

Kaspersky researchers were able to link MATA to the Lazarus group, known for its sophisticated operations and links to North Korea, and for cyberespionage and financially-motivated attacks. A number of researchers, including those at Kaspersky, previously reported on this group targeting banks and other large financial enterprises, including the ATMDtrack attack and AppleJeus campaigns. This latest series of attacks suggest that the actor is continuing this type of activity. 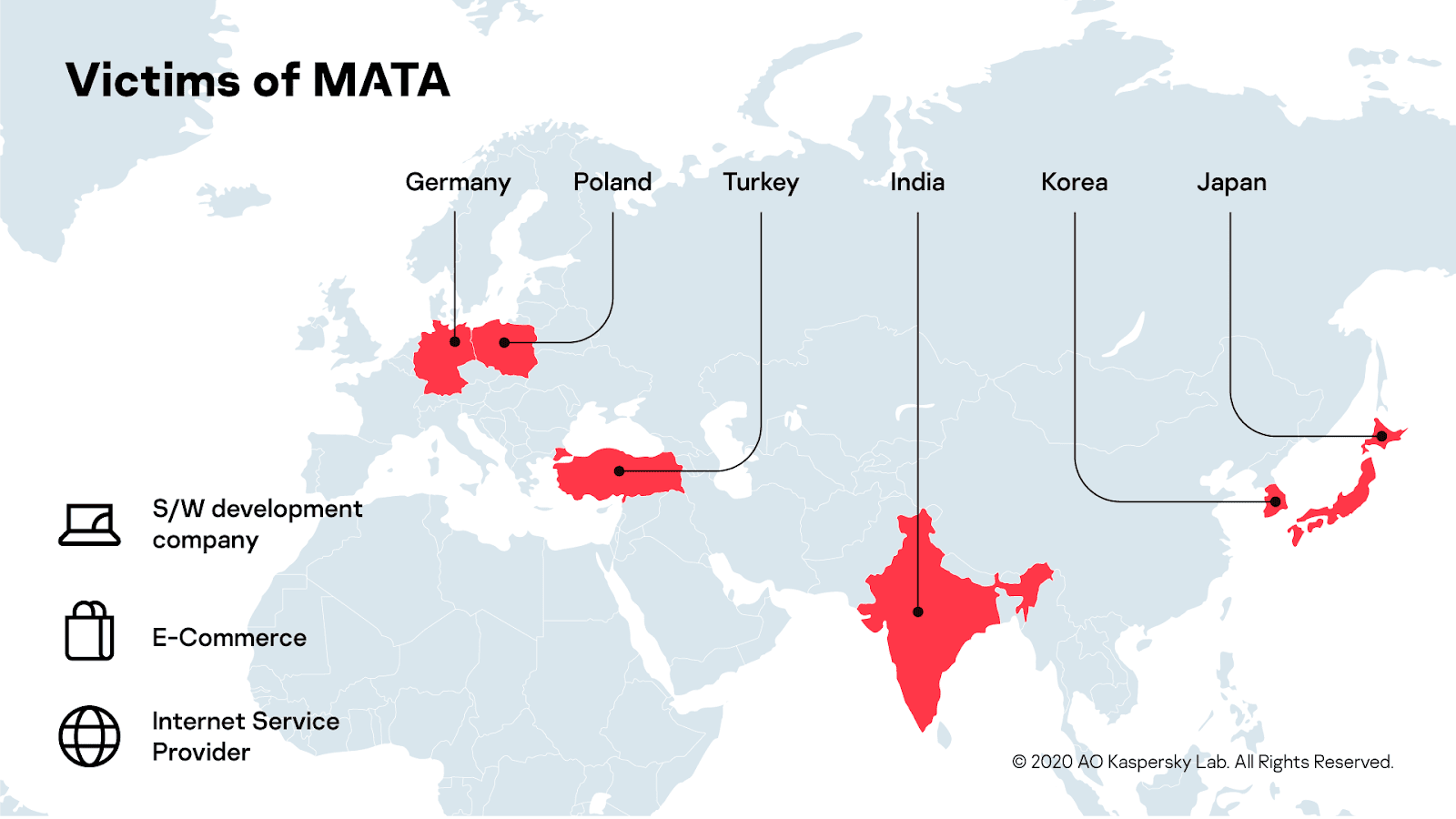 Victims of MATA framework are located across the world

“This series of attacks indicates that Lazarus was willing to invest significant resources into developing this toolset and widening the reach of organizations targeted – particularly in hunting for both money and data. Furthermore, writing malware for Linux and macOS systems often indicates that the attacker feels that he has more than enough tools for the Windows platform, which the overwhelming majority of devices are run on. This approach is typically found among mature APT groups,” comments Seongsu Park, a senior security researcher.

“We expect the MATA framework to be developed even further and advise organizations to pay more attention to the security of their data, as it remains one of the key and most valuable resources that could be affected,” he adds.

Read more about the MATA framework on Securelist.com.

Communities go plastic-free and cashless with Plastic Bank and PayMaya

Double the SHELL-ebration this 2021 with the return of Double Stacked Tacos!