Phoenix Fuels Offered At 80% Off On Limitless 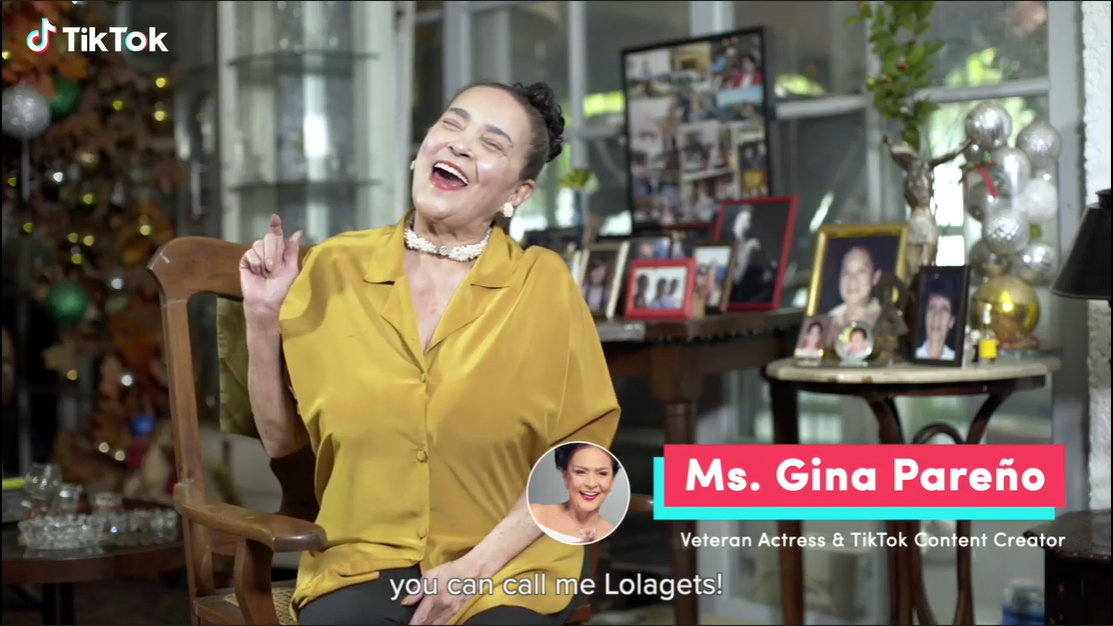 MANILA, SEPTEMBER 3, 2020 – From rising to stardom as Darna in the 1960s to receiving local and international accolades for lead and supporting movie roles in the 2000s, veteran actress Gina Pareño – Lola Gets to many – has reinvented herself this year, rising as one of TikTok’s unexpected sensations.

Dancing through challenges and eliciting smiles and laughter all around, she has garnered more than 4 million views, more than 4.4 million likes, and close to 900,000 followers.

Lola Gets started on TikTok in May 2020 via @yourlolagets, with encouragement from her granddaughter. “I was bored at home. It was like I was going to get crazy. Then I saw my granddaughter doing TikTok,” says Ms. Pareño. “My first video that went viral was the Wipe It Down (and Mirror) challenge. We now have 4 million views!”

“Whenever she sees me dancing or putting on makeup, she checks me out in my room. She would ask me what I was doing. She always says she wants to also join and that she also wants to dance. That’s when we realized, why not let her join TikTok?” says granddaughter Angelika Shayne.

For Gina, TikTok has been a platform where she can express her feelings, actions, and emotions naturally.  With the intention to bring happiness to others, she relays that TikTok is about fun, laughter and good vibes.

Lola Gets has since gamely taken on other dance challenges, including My Chinita Girl, Binibining Marikit, Takata, Maria, Love Story, and Selfie Song, among others. She also shares down time moments while on set, including fun times with her director, Joshua Maghirang.

“We’ve experienced a lot of stress and anxiety during the first few months of quarantine. With all our limitations, here comes Gina Pareño as Lola Gets and viola, we created her TikTok account,” says Joshua.

Lovable, hilarious and unpretentious, Lola Gets has endeared herself more to fans of all ages when she started #AskWednesday on TikTok. “We did #AskWednesday so my followers have something to look forward to,” she says.

With #AskWednesday, followers get to ask questions to Lola Gets on the comment section every mid-week. The next Wednesday, Lola Gets uploads a video answering some of the questions and greeting fans.

The comments would come from followers all over the world, mostly Filipinos, and would range from questions about Lola Gets herself, to anything and everything under the sun.

Capping off her interview, Lola Gets left an inspiring message for her followers and fellow creators on TikTok. She is grateful for the love and support from the community as she embarks on her new creative journey that starts on TikTok.

Ms. Pareno was born in 1949 as Geraldine Acthley to a Filipino mother and German American father. She started her acting career in the 1960s and has since then gained local and international recognition for roles in award-winning movies such as Kubrador (2006), Kasal, Kasali, Kasalo (2006) and Serbis (2008). She has likewise played memorable roles on television. Lola Gets was a role she played for a television series in 2009, Tayong Dalawa.

WorldHotels Begins A New Era Of Hybrid Conventions in Japan